This piece about Black Hair emanated from a Facebook post by one of our most treasured Guest Contributors, Frank Malaba.  I thought it compelling that a South African school would discriminate against hairstyles that were African; that a campaign had to be started to thwart the expulsion of girls who wear their hair in its natural state.  In America, yes, but in Africa?!!!!  Then, I remembered this sordid past of South Africa, the struggle against apartheid, and I realized this business about hair is a remnant of the core of racism worldwide that effects global Black females today.

I tagged reports from Amandla, and from an insightful interview from 702/Cape Talk’s Eusebius McKaiser, and the piece from Malaba’s post on Facebook. They all give viewpoints on the protest in Pretoria, but McKaiser hits the gut on why this conversation is important.  I finished with the video, The Politics of Black Hair, which discusses how black hair is perceived in America.

We the undersigned call on you to take swift action to ensure that:

– The school’s code of conduct does not discriminate against Black and Muslim girls;

– Protection for the learners who protested to ensure they will not be victimised.

Why is this important?

Right now, learners at Pretoria High school are demanding that racist practices at the school are brought to an end. Girls attending the school have been forced to straighten their hair; are accused of conspiring when standing in groups and face other intolerable comments and actions.

We stand in solidarity with the learners, who marched at the school on the 26th to say enough is enough. It is unacceptable that in a country in which Black people are a demographic majority, we still today continue to be expected to pander to whiteness and to have it enforced through school policy.

Black children should be allowed to just be children, without being burdened with having to assert their humanity.

Listen to the interview below: 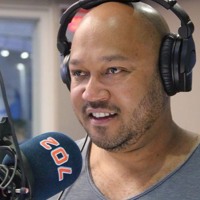 Eusebius schools a caller on the politics of black women’s hair
702/Cape Talk’s Eusebius McKaiser (standing in for Redi Tlhabi) spoke to a caller about the importance of understanding the politics of black women’s hair.
09:07 | 09:07
I’m going to give you three rules of thumb… Never ever think you have figured it all out about people who are fundamentally different to you.

Let’s stop the war on black children’s hair. The most important thing that should be happening is understanding how their hair works. There’s a lot of identity trauma around how they move in the world. School’s perception of their hair shouldn’t be one of them. Black girls especially, face a heavy prejudice against their hair when it’s in its most natural form. Their beauty standards are determined by other races. The workplace is also another place that’s shortchanging them of validity because of their hair. This must stop. I’m looking intently at the situation at Pretoria Girls High. I was forced to shave mine in Zimbabwean government schools. This let me to believe that my hair was dirty and not worthy of my pride.

It’s time to have an honest conversation around these issues and how they’re affecting the way forward in our country.

Hats off to the girls in the picture. Frank Malaba is an enigma to Zimbabwe, the country of his birth. Such a distinction is not defined by his talent as a poet, artist, writer, but by his advocacy, as a gay African male. He STANDS, though persecuted, he STANDS, to love, and he speaks his truth. [An excerpt from his voice in his article – A Thorn in the Flesh]. Malaba loves his country, but fights for his “very being.” He invites all gay Africans to stand with him, to fight for the right be treated as a vital participants in African culture that deserve to be respected. His blog, Frank Malaba’s Prosetry, invites all kindred spirits to speak, love, and heal.

**“There will be no learner that will be victimized purely because of their hairstyle until the School Governing Body have finalized a new code of conduct that deals specifically with this issue,” said Gauteng Education MEC Panyaza Lesufi in an article for Eye Witness News.

In America:  The Politics of Black Hair In 2004, I graduated from Tennessee State University with a BS in Mass Communications.  My intention was to enroll in the Columbia College/ Chicago film school, but when that plan fell through, I was left trying to figure out an alternative. My plan B was to enroll in…